Backstage at the Beeb – Recording the Snowdon Trust Charity Appeal 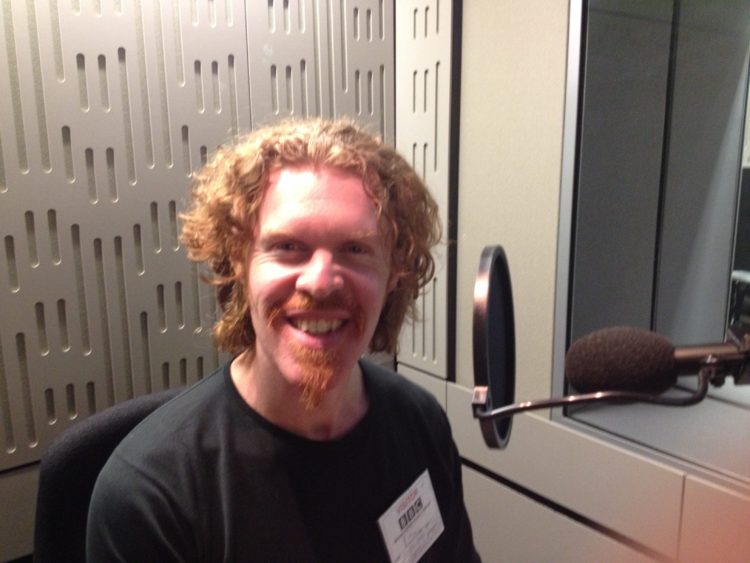 In 2004, the Snowdon Trust helped me when I was raising money to study for my MA in Voice Studies at Central School Of Speech & Drama. The Snowdon Trust are a charity set up by Lord Snowdon to help disabled students in further and higher education who are working towards a professional goal. And they were such lovely people that we’ve kept in touch ever since.

And earlier this year they did just that. Paul Alexander, their Chief Executive, excitedly told me that they’d won the chance to make a Radio 4 Appeal, as they want to boost donations to enable them to help more people like me. So I congratulated Paul.

Then he got to the point! They’d been advised to get a celebrity to read their appeal, but then they thought, wouldn’t it be nicer if we could get a beneficiary instead?

Then Paul said the producer had advised them that when writing the Appeal they should bear in mind that it’s basically storytelling.

Then the Snowdon Trust wondered what I could base my story on. I’m sure you can guess…

So, not much pressure then! I started my research by analysing a number of past appeals, a very useful skill I’ve learnt through working with Leon Conrad, my partner at Academy Of Oratory. I wrote the first draft expecting it to be the first salvo in a back and forth, ping-pong of edits. But no, the Snowdon Trust said they loved it.

Next step was sharing it with Kate Howells, the producer at the BBC. Again, I expected back and forth but again, she was delighted. There was some tweaking and rewording, of course, to get it down to the exact word count but basically it was a goer. I love it when a script comes together.

And then I went to record it. I was told they’d booked an extra long recording slot so there’d be plenty of time. I walked along Regent Street to what I hoped was Broadcasting House. Inside, I came face to face with a lady standing at the desk. I wished her good morning and said

“This is it,” she answered, brightly.

“Oh good,” I said (I am always relieved when I actually find a location), “I’m doing a Radio 4 Appeal recording today…”

I was amazed at that! Wow, I thought, the Beeb know there’s a VI bloke coming so they’ve briefed people to keep an eye out for me, amazing…Then I realised the lady was trying not to giggle. It was Linda, fundraiser for the Snowdon Trust, Linda who had won this opportunity in the first place, Linda with whom I had collaborated on the final edits! Captain Blinkie, with his X-Man powers of Not Recognising People Even When He’s Standing Right In Front Of Them, scores again! We both laughed. Like I said, they’re lovely people at the Snowdon Trust who make a genuine personal connection with the people they help, so genuine that Linda knows me well enough to know I’ve lost much of my sight but not my sense of humour. Inside, the sound engineer was as brilliant as sound engineers so often are. He set up a mic so I could have my phone practically touching my nose (I use the largest possible font in ePub to read scripts) and the mic off to one side. “Which side?” he asked. Left side, as I have a little bit of macular vision I can peep through on that side. We got to it.

Longer session? I did it in two takes! The first take was too long and we needed to lose 20 seconds. Kate Howells is not only a great producer but also a brilliant editor. She would very quickly, very decisively suggest “why don’t we lose this because, if you emphasise this here then the point is already made…” or “if you miss out these words here and just go from this ‘if’ to the ‘if’ that comes up later, we’ll gain about 3 seconds….” She was right.

A few drop-ins on info which had been formatted and we were done! Then Kate said something so lovely I asked if I could quote her:

I was overawed by Giles’s dexterity with delivering a script in the studio. I had booked extra recording time in case it was a complicated process, but, holding his phone next to his nose to read, he was quicker to work with than most fully sighted people. And script alterations were no problem. What a pleasure to work with him.

You see, I’ve known for years that I can do this job but until tablet phones etc came about it wasn’t physically possible. Isn’t technology marvellous?

So tune in to hear the Snowdon Trust Charity Appeal on Radio 4 on Sunday 29th May at 7.55am (repeated at 9.26pm) and again on Thursday 2nd June at 3.27pm. And to find out more about the Snowdon Trust visit www.snowdontrust.org They really are an amazing charity, and without their help I certainly wouldn’t be where I am today.

Update: To listen to the appeal go to the BBC website

And here’s my BBC Audioboom: